User Memory
Previous Fan Memory Next Fan Memory
Smokers Outside The Hospital Doors Fan Memory
A lifelong celebration of memories
From : Venita
I don't have one particular memory to share - more like a lifelong journey of memories that spans the entire length of the band's history. I first listened to Editors in the back of the car when I was just 9 years old, in 2005, when The Back Room first came out. They were the first band that truly captivated me. I had a cheap MP3 player which held around 60 songs on it, and I listened to that album non-stop until An End Has A Start came out, then listened to that non-stop until In This Light And On This Evening came out, and then I saw them for the first time, when I was 14, at the O2 Academy in Bournemouth in 2010 which was simultaneously my first ever concert. It was an experience I will never forget. Since then I have seen Editors at least 14 other times that I can count, at various venues and festivals around the country, often travelling many miles in a week to see multiple dates on tours, and each time has never disappointed me. The picture I submitted was me at Reading Festival in 2013, when I was 16 on my friend's shoulders when Smokers Outside The Hospital Doors was playing, which is my favourite song of all time. Admittedly I look back at this photo of me and think 'what on earth was I doing with my appearance?' but I was so elated at that moment and it is still one of my favourite photos. It always sounds cheesy to me, but Editors do mean more to me than almost anything, and will forever be my favourite band of all time, nothing has ever changed that. Their music has been there for me through literally every single trial and tribulation I have ever been through, and they sparked my intense love for music, and consequently the reason why I decided to study and start my career in the music industry many years later. I'm now 23 years old and the journey and connection I've had with this band will truly be one that will stay constant for my whole life. 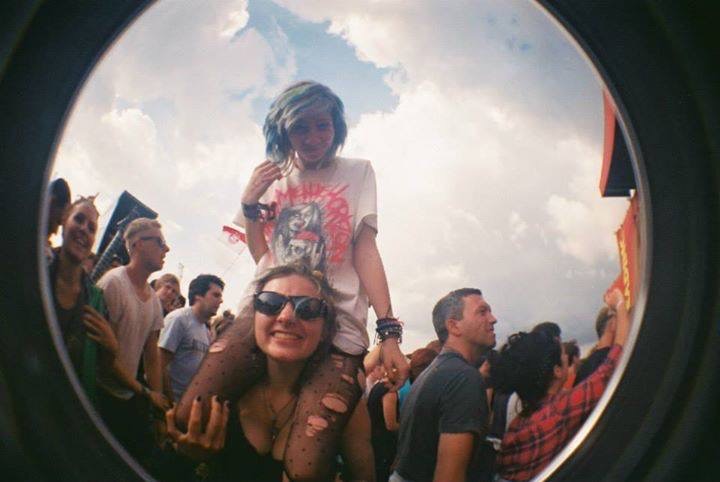