User Memory
Previous Fan Memory Next Fan Memory
Ocean Of Night Fan Memory
An Ocean of Smiles
From : Jessica Lucero
The past few years have been very hard on me and my... well, broken family. In 2016, my parents divorced. It was devasting because that's all I knew for 18 years. The time that followed was filled with depression and not wanting to live anymore. A smile was but a memory it seemed. Times when I felt at my worst, I would shut off the world and listen to my favorite band, Editors. Ocean of Night was always my favorite song; it spoke to me in ways I can't explain. The lyrics, "I am your hope down the wire so you can hold back the fire," made me feel like I always had someone there to help me even when I was alone. Fast forward 2 years and Editors are actually on tour IN THE STATES! My mom, brother, and I were THRILLED and had to get tickets to see them in Philadelphia in May! We purchased the tickets for us and my mom's new boyfriend and made the trip from dreary Ohio to Philly! For the first time I felt excitement again. The trip was a bonding experience as I started to trust my mom's new boyfriend (who ends up being my stepdad 2 years later). Finally the concert is about to start! The venue was on the small side, so we got a great spot near the front. When the lights went low and they stepped into the stage, we all four burst into cheers of anticipation. The band was so close to us, Russell Leetch was able to make eye contact with us (be still my beating heart). With each and every song, we danced, sang along, and listened to a group that will never understand how much they impacted us. Finally, the intro to a song I knew well started. My heart stopped and tears filled my eyes as they started playing Ocean of Night. My heroes were playing a song that saved me from the darkness of my mind countless times. This moment is one of the best moments of my entire life. It was like being reassured by my heroes themselves that everything would be okay. As the song ended, a feeling of euphoria came over me as I realized it was okay to be happy again. Despite all the turomoils and troubles of the 2 years, I was smiling, a true, genuine smile. The song ended and the most incredible thing happened, Russell Leetch threw his pick into the crowd. It seemed to swerve awkwardly in the air and landed on the other side of the division between us and the stage. My brother and I were determined to retrieve it and took off both our jackets to form a rope type thing to drag it closer to us. I held it under my shoe until I deemed it safe to retrieve it. That pick was like a magical relic to us, ha ha. After the concert when we returned to our hotel, I stared down at the little blue pick, and my heart no longer felt heavy. I no longer have the pick, my father "lost it" while I was moving in with my mom. But every now and then I look back at my pictures and videos from that night and remember how that night reminded me that everything would be fine and it was okay to smile again. 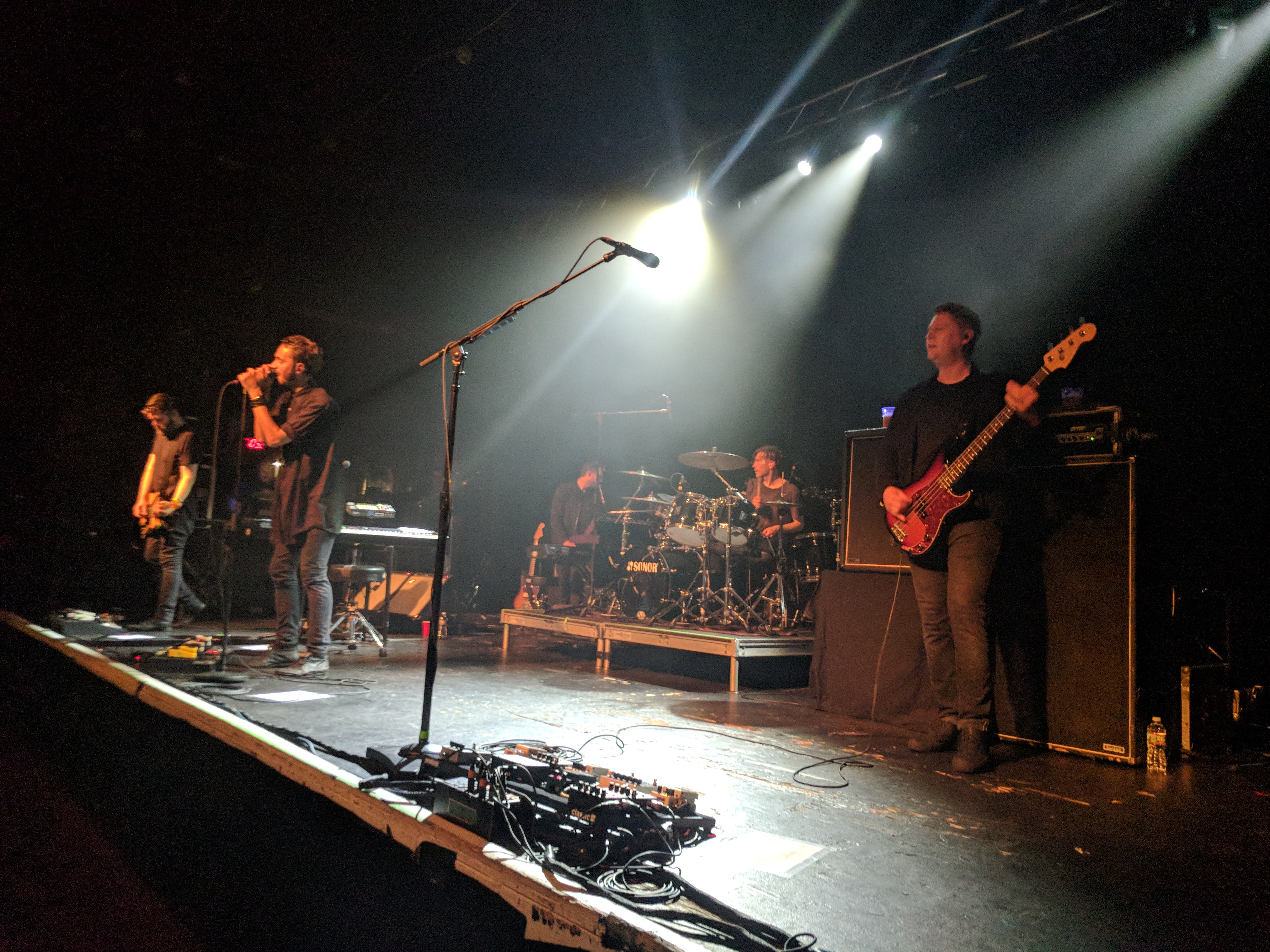