User Memory
Previous Fan Memory Next Fan Memory
Magazine Fan Memory
Earthquake scare
From : Gabriela Carbajal
On May 20th, 2018 I had the chance to be invited to a lovely showcase at Selina Downtown hotel in Mexico City where Editors would be performing an acoustic set. I was so nervous because I love the band since 2009 and this was going to be my third show but my first time meeting them. My best friend Alejandra went with me but at the moment of the main show, she had to leave because of work. When it started I could not believe I was there with only few people. It was a great show! Very friendly and relaxed. At the end, I asked for a pic with Justin. When I was saying goodbye to a mutual friend from both and walked towards the exit, I saw there were fans taking pics with them. I didn't know if I was going to get in, but I got in! Greeted them, signed a piece of paper and told them how much I love them and how good they have been for me. I left happy and content from the little room to the main exit of building, when my phone started buzzing and once I was out of the building I knew why. A girl made me some signs and told me to go with her because the public seismic alert was triggered and everybody had to go out. We told security from the building and they took everyone out, including Tom, Elliott and Justin. 😬 We were all so confused and a bit scared, waiting for a big earthquake to hit but in the end, nothing happened, it was a very mild one. So then, we were all hanging out there in the middle of the street , giggling, still sipping beers and we asked again for pics and little instastories of how we spend the earthquake scare with Editors. Then, they were taken inside after a security inspection and all finally said goodbye. I went back to home, my mom was scared but it was a great experience.😅 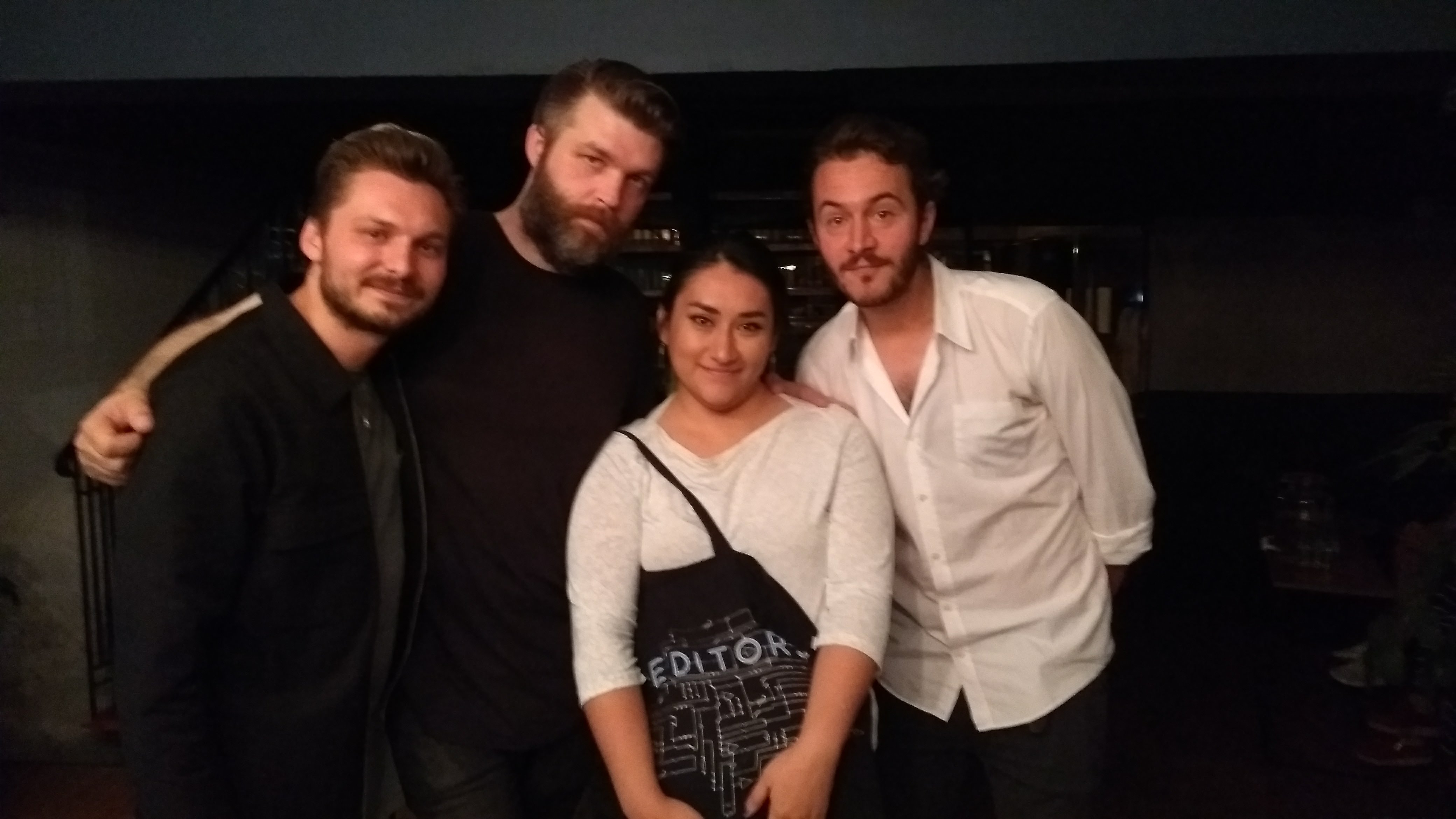