User Memory
Previous Fan Memory Next Fan Memory
Hallelujah (So Low) Fan Memory
Editors Copycats
From : Marie
Like every fan, I have a lot of Editors related memories, but this is one of my favorite. I went to see the band in Rouen this spring, we were waiting outside the venue, on the wall was a poster of the gig and one of my friend was sitting next to it, in almost the exact same position as Russell. I don’t like many things in life, but I love Editors and imitating anything that can be imitated, so an idea flashed into my mind, I wanted to recreate this poster. I wanted it so much that it would be fair to say I harassed my reluctant friends to get them to take this photo. The afternoon became the evening, the concert ended and they still refused to do it, some of them left, lessening my hopes, but thankfully, the remaining eventually gave in, recreating this picture, that to me, not only represents Editors, but their concerts and the amazing people and friends I met thanks to them. (I should add: nobody was harmed that day, and they all agreed that it wasn’t such a bad idea in the end) 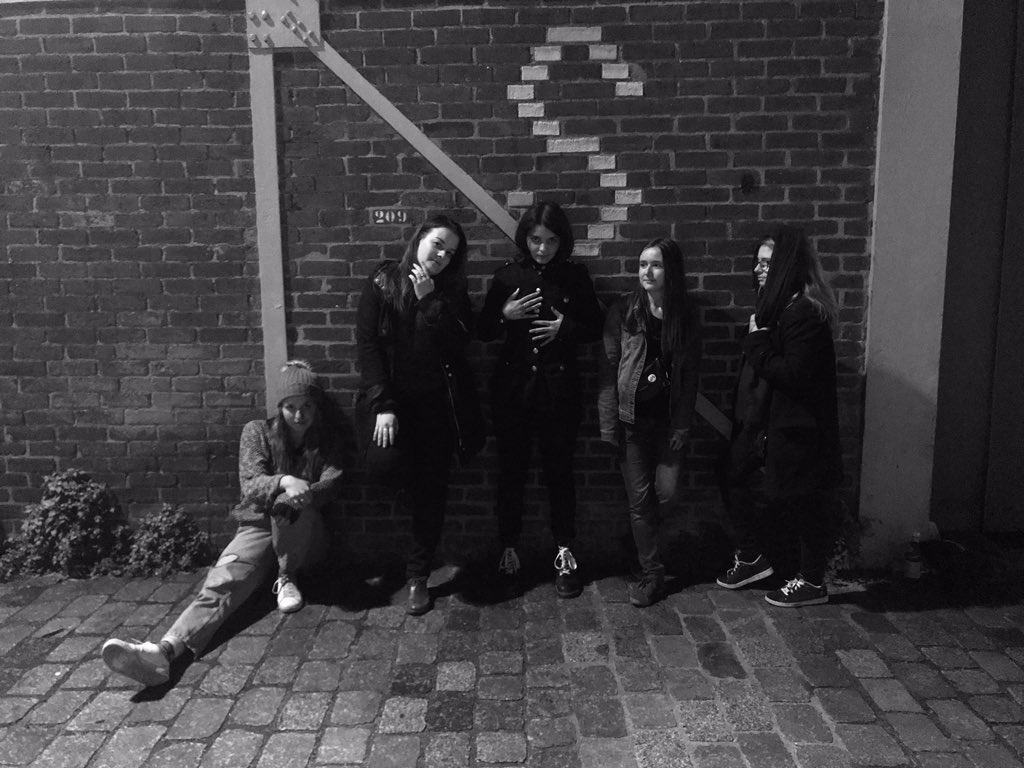