User Memory
Next Fan Memory
Ocean Of Night Fan Memory
Effortlessly You Appear
From : Erin Cassidy
I saw the lads in Berlin in summer 2016 when they played at Zitadelle Spandau. I'm from Canada, and that year I spent 6 months backpacking across Europe on my own. Editors are my all time favourite, and since they rarely tour North America, I based my trip around the chance of seeing them live. I managed to find a ticket to this particular show, so I wrote the directions to the record shop where the ticket was being held on the back of a postcard. I trekked across the entirety of Berlin to find this shop, and I nearly cried when I got my ticket. I carried it with me for the next 4 months across the continent (I lost my passport, but you better believe I wasn't losing that ticket). On my way back from the shop, I came across a poster glued to a brick wall advertising the show I was going to, and I decided I needed to have it. I went back late at night, and very carefully took it off the wall so as to not rip it. I carried that all across Europe too, and when I made it back home, I had it put in a frame. The show ended up being the single best concert I have ever seen. It was an absolute privilege seeing Editors in person (even if I did break my wrist fighting someone for the drumstick Ed threw at my face... I won by the way), and I hope I have the honour of being in their presence again. Thank you for the entire experience lads, I will never forget it. 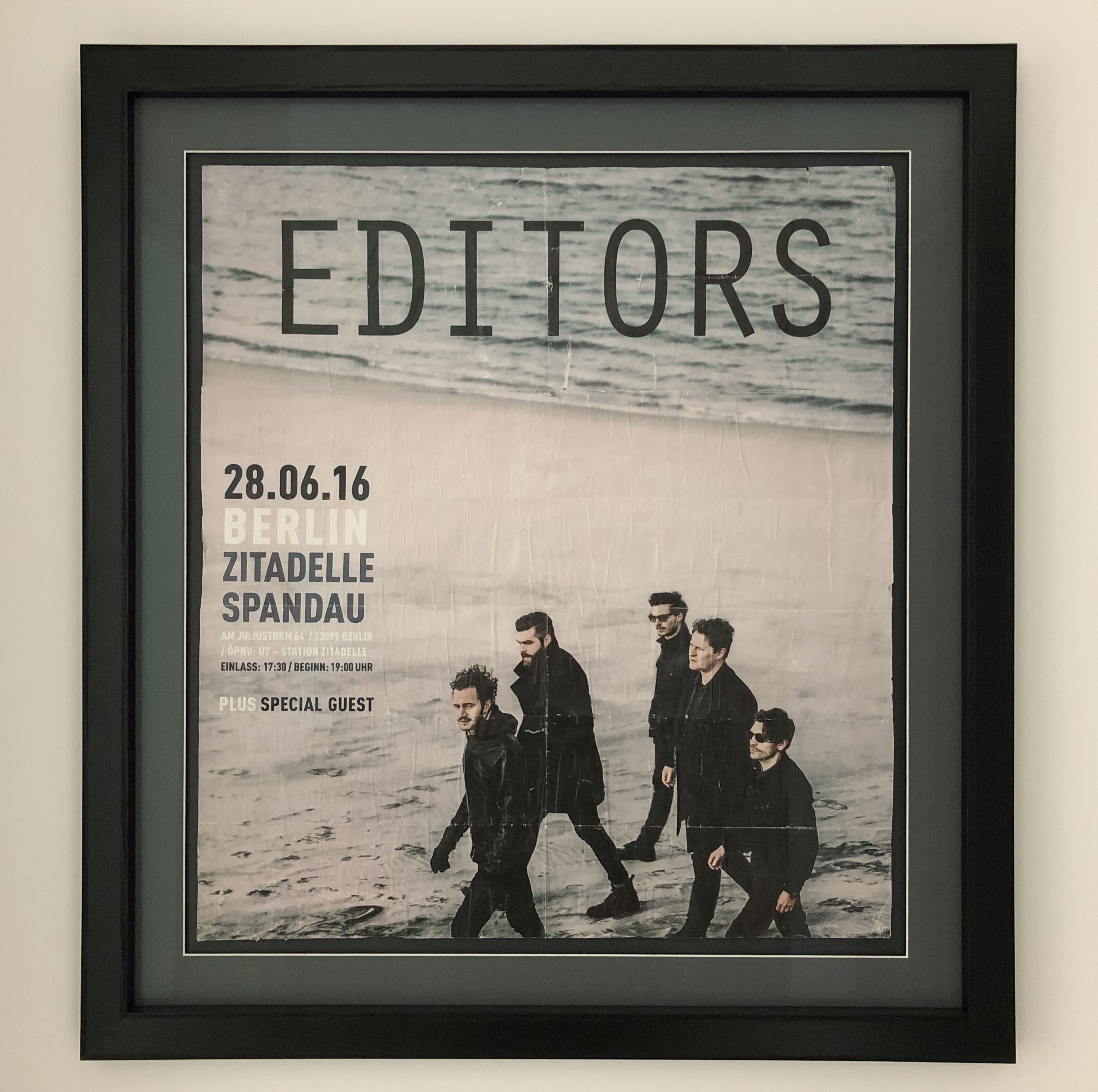