User Memory
Previous Fan Memory Next Fan Memory
Sugar Fan Memory
First gig
From : Hannah
For my 17th birthday, my friend Celien gave me the best present ever: a ticket for Editors at the Sportpaleis in Antwerp on 2 November 2013. I had been listening to The Weight Of Your Love all summer so I was really hyped, but I also didn't really know what to expect since I had never been to a gig before. After securing a front row spot, we turned around and looked at the enormous room we had just sprinted into. "Big isn't it?" said Celien. "Yeah, pretty big", I replied, having no point of reference whatsoever. It was huge. By the end of Sugar, the first song on the setlist, I was completely blown away. It's hard to explain what it's like experiencing live music for the first time. Of course I had expected it to sound better than an mp3 file, but feeling the bass hitting your legs, and the heat of the pyro flames on your eyebrows is something else. The whole thing left me rather speechless, as the security guy who tried to talk to me right after the end of the show can probably attest to (thanks for the plectrum, man). This photo was taken during the acrobatic performance of Nothing and it will always throw me back to the day I discovered live music, and the day Editors became my favourite band. 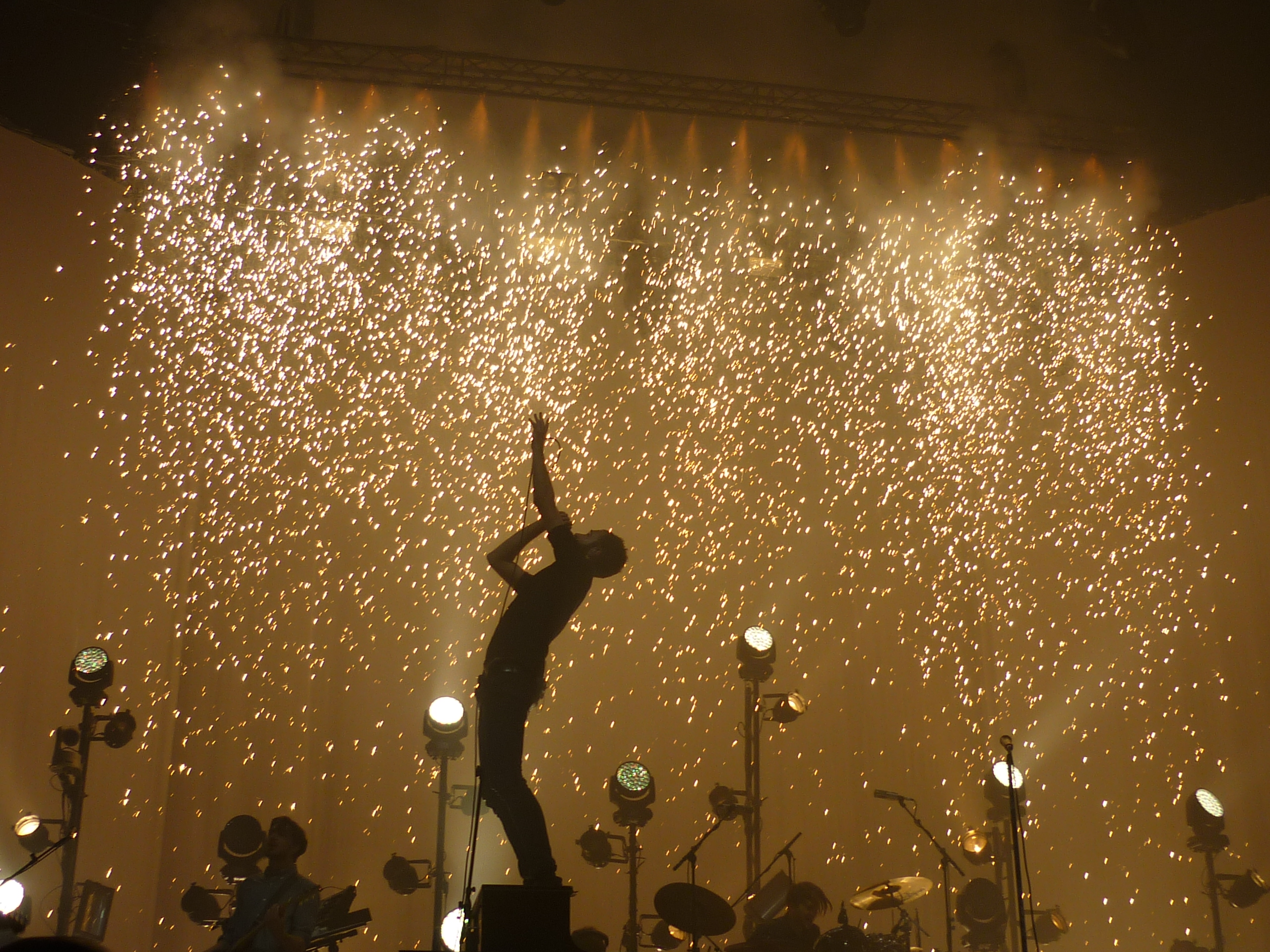