User Memory
Previous Fan Memory Next Fan Memory
A Ton Of Love Fan Memory
Lifechanging ‘meet and greet’
From : Kimberly
On the 7th of October 2015 I had my first chemo, because some time earlier I was diagnosed with cancer. It was an awefull , painfull time. I wasn't in a good place and had no positivity left... Then, on the 31st of October something changed. The band did a 'meet and greet', in Brussels, Belgium. I was determend tot go, because later on, I had tickets to their show. It would be the first time for me to see them, live. It was an exhausting day for me ( I usually was tired of taking a shower, for example. And I barely left the house because of all the people staring at me for my bald head...) But that day... It was different. You couldn't stop me from going. And I'm glad I went! The 'meet and greet' put a smile on my face for two weeks! To my suprice they played 'Bullets', and I screamed my lungs out. Some says later, I went to the hospital for another round of chemo with my badass band-tshirt I bought at the show and I had my laptop with me to go through all the pictures I took that day. For me, that day was lifechanging. Litteraly! And I'm so gratefull for it. Everytime i hear 'smokers outside the hospital doors' or 'bullets', I look back at that day, and get goosebumps . Fierce proud. I survived, with the help of music. With the help of Editors Now, some years later, I still take time tot look back on that day. On the door of my classroom (I'm a teacher) I've got this photo. And I tell the story to everyone who wants tot hear it (and i haven't missed a concert in Belgium since than ;-) So... Thank you for saving my life 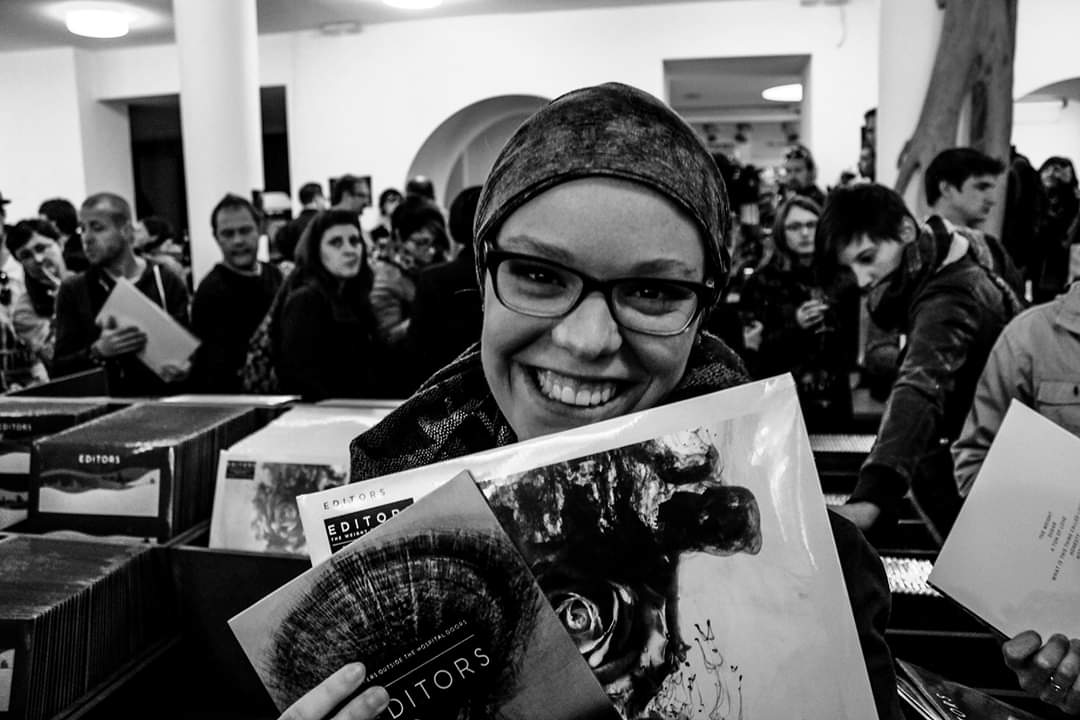