User Memory
Previous Fan Memory Next Fan Memory
No Harm Fan Memory
My new favourite band
From : Carles Aleix
The first song I've heard was "Push Your Head Towards The Air". I can't remember how or where, but I fell in love with that particular song and with Tom's voice. I've attended two shows so far. First one in Barcelona, in 2015, touring In Dream. The second one was one of my best experiences ever: The Cure's Hyde Park Anniversary before 65.000 people, featuring Interpol, The Twilight Sad, Ride, Goldfrapp... I've been a Cure fan since 1989, but I was amazed by Editors' performance. What a show! They were phenomenal. And the day was even more perfect since I could meet them around and take a picture with some of them. I was shy, I don't like to bother anyone, but Tom was so normal, so natural, so friedly I cannot thank them enough! The funny thing is my wife, who is not really a fan of my music tastes, and was there only to spend a weekend with me in London, recognised Tom (not him, but his cap) and immediately took me and put me in front of them. Here is the picture attached!! I hope to see you again, but living in Andorra, a small country in the Pyrenees, between Barcelona and Toulouse...I may not have many occasions to attend Live shows. All the best to you and thank you for entertaining us with your amazing songs!! Long live Editors! 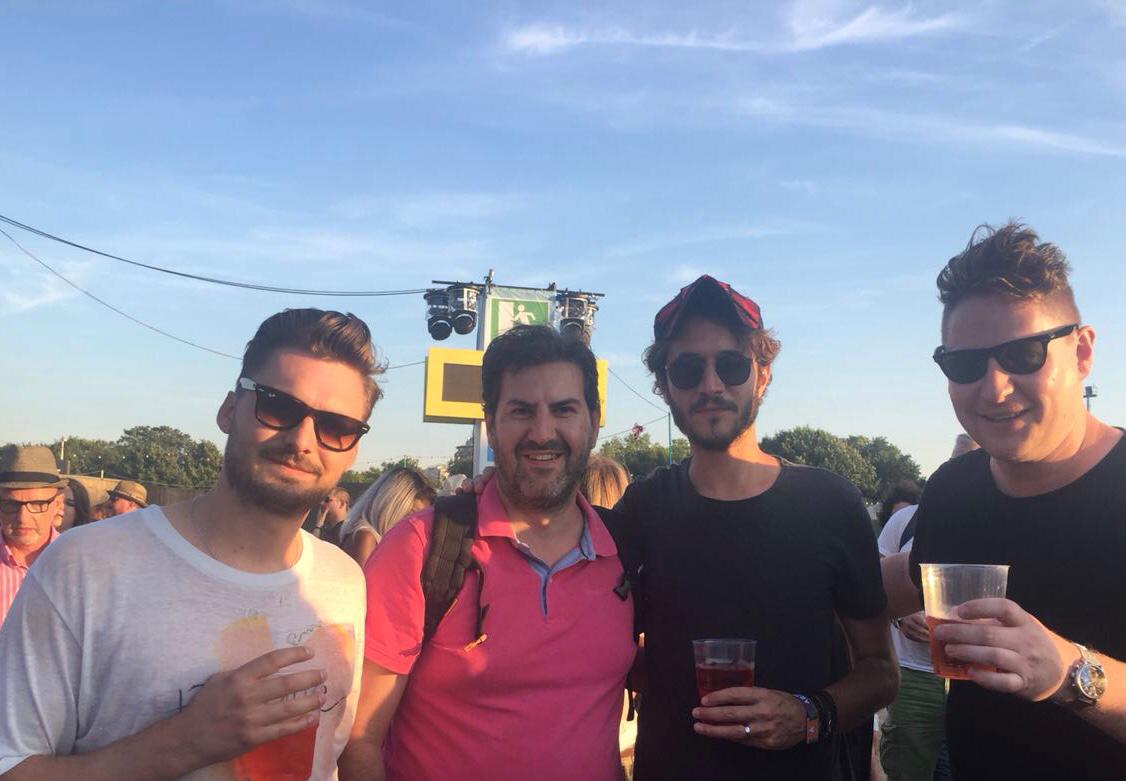