User Memory
Previous Fan Memory Next Fan Memory
Hallelujah (So Low) Fan Memory
No borders, no barriers
From : Elisa
July 2017. That summer was insanely good to me: I went to many gigs. I saw Editors in Pistoia and then in Tarvisio, which is in Italy but near to Austria and Slovenia. I went there with two dear friends of mine, and we arrived at the place of the gig very early (late morning). At the beginning, the whole square was open, so we were happy because we thought we could see the soundcheck from the square, like it was in Pistoia (and that one was completely mint). Anyway, we went away for lunch and then came back. But when we came back, the guys of the festival crew had completely closed the area. "What the H*ll? Is this called "No borders"?" I thought. (The festival was called "No borders", but there were barriers all over. What a shame). But we did not give up. We stayed out the barriers and managed to hear the soundcheck. We also tried to see something by the little holes of the barriers. Feeling like spies. I remember also trying to wave at the guys and Elliott could see me (or just my hand, maybe) and he waved back. I was so happy. I have a pic of that moment, taken from my friend Monica (she managed to zoom in from the barriers' holes). The gig was amazing, the stage at one side, the mountains on the other side. I remember "Hallelujah" as one of the most energetic songs of that set; I was very happy to hear it and I wanted to record a video. After the gig one guy from Editors' crew, maybe because he saw the scene from the soundcheck, came to us and gave the amazing light-blue plectrums to us. We were really glad and thankful, so I take this moment also to say thanks to the guys that work with you, the sound engineers, the whole crew, etc. They are always kind with us. They were especially in that situation. Now that plectrum is in my bedroom and is always there with me. It's like having a bit of Editors in my room. Thanks guys. 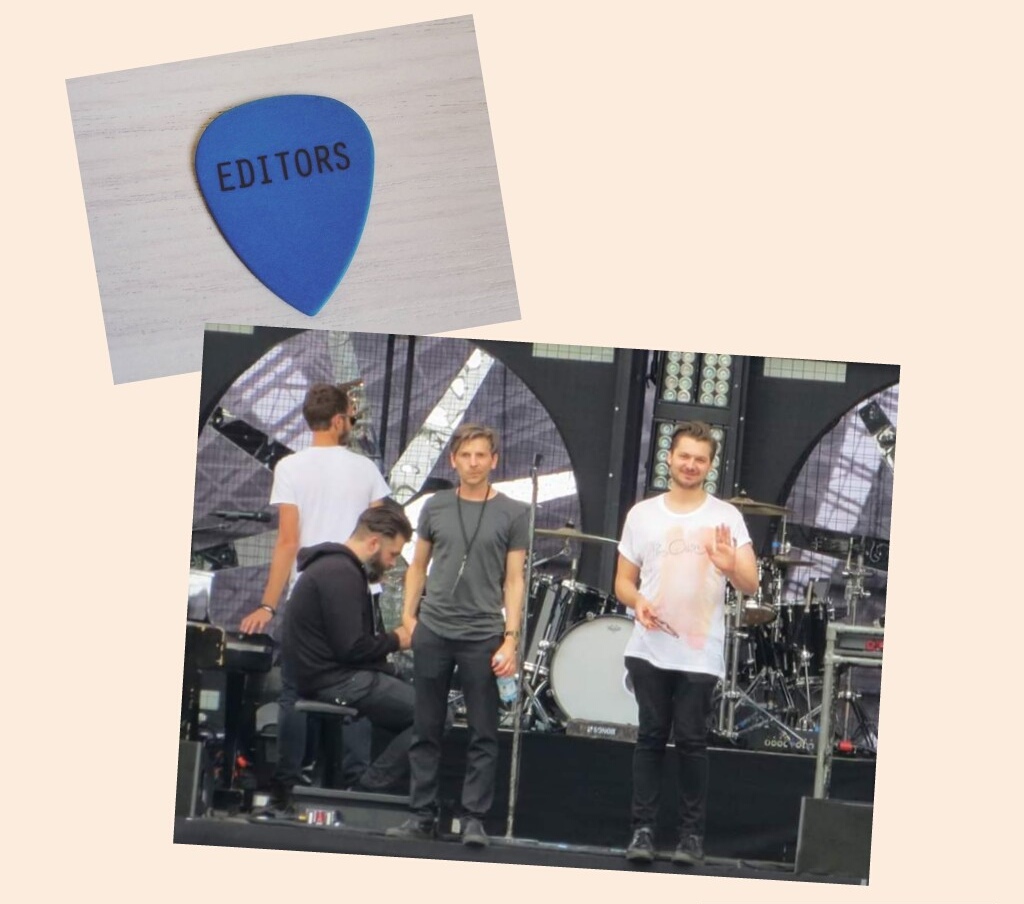