User Memory
Previous Fan Memory Next Fan Memory
Sugar Fan Memory
“The Bricks And Mortar Guy”
From : Carles
My story is actually about Bricks And Mortar, not Sugar, but I inevitably associate the story with the 2013 era (which instantly makes me think of Sugar), and I could help myself, so here it goes. I took a cardboard sign with 'Bricks And Mortar' written on it to their 2013 Madrid gig, as it is my fav song. They played it that night, and Tom held my hand during the performance. Two years later, they played it again, and Tom did it again, so it became some kind of special "tradition" for me. Then finally on their 2018 gig they did not play Bricks, so I was sure that the holding hands thing was over... but Tom actually did it again (this time during Nothingness). This is how I became "The Bricks And Mortar Guy". This is how Editors became the most important band for me. This is how they managed to help me create this special bond that I will never ever forget. Tom has told me several times that this moment is always on his mind, and I honestly find that incredible... I hope he means it! 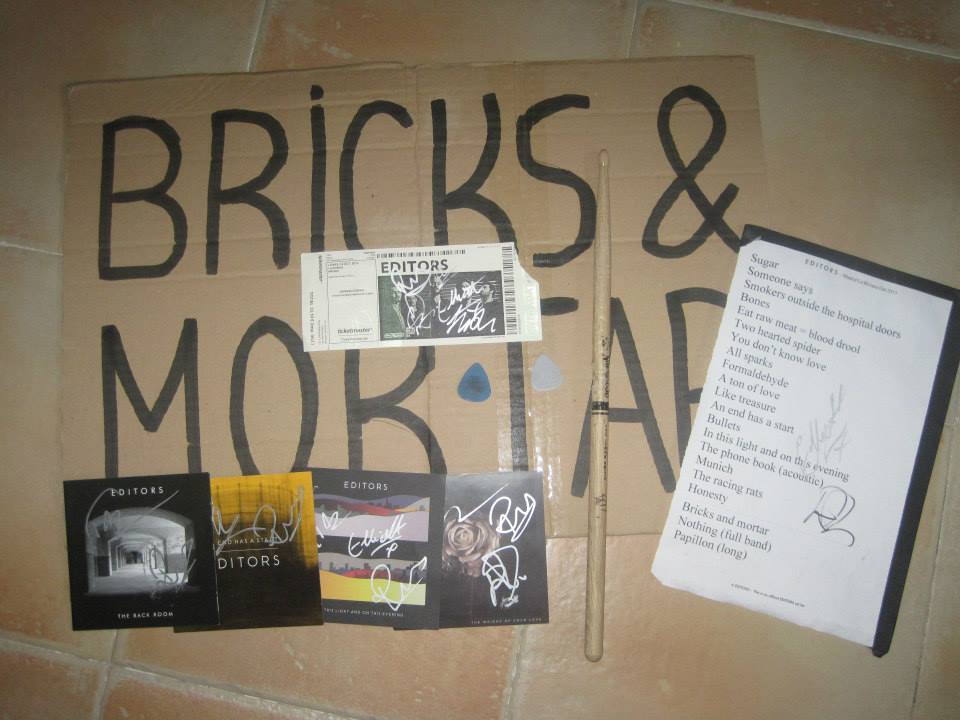