User Memory
Previous Fan Memory Next Fan Memory
The Racing Rats Fan Memory
The First almost became the Last…
From : Morten Sorknæs
November 18th, 2009 Vega, Copenhagen Almost on the date, 10 years ago, I was on my way to my first full-length Editors concert here in Copenhagen, Denmark, along with a colleague and fellow Editors fan. It was a dark, rainy and extremly windy evening, but with our minds set on the first Editors concert, this didnt matter much. However the gale wind almost put an End to the evening before it had begun. When we were just on the opposite site of the street from the venue, I noticed, that at the top floor of the building next to us, several windows were open, dispite the winds. I cant tell why, but some sort of premonition made me suggest, that we crossed the street a bit earlier than the logical place, and that was quite fortunate. One of the windows suddenly got hit by a forceful wind, and was sent hurling directly towards the sidewalk, where we would have been walking, if we hadnt crossed the street earlier. The window was smashed into a million pieces, but without anyone being hit. Ever since that day, The Racing Rats, and in particular the phrase "If a plane were to fall from the sky How big a hole would it leave in the surface of the earth?" have had a special place in my heart, reminding me of that evening, and what became to be the first in a long line of amazing nights listening to your music, performed with that special and contagious Editors energy. 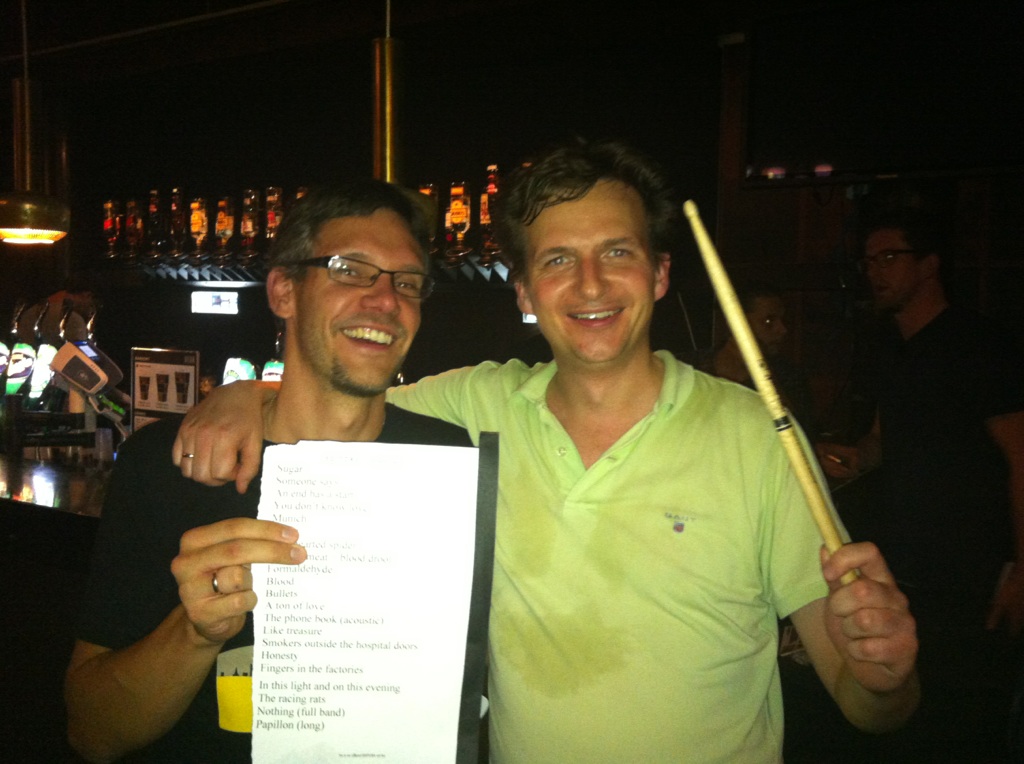